Are you confused about what to use for your server? Don’t worry! We will compare both of them and help you pick the best. Before, we start let’s know about Linux as both of them are Linux distribution sources. An open-source operating system like Linux is used to power the internet. You can find various versions of Linux. However, the two most popular versions are centos as well as ubuntu.

Centos VS Ubuntu: Both are open sources as well as free community-supported Linux distribution systems. Open source of Linux offers license and motivate users to experiment with the code and create loyal online communities that can build and enhance the core Linux operating system.

It is a Linux distribution system that is based on Debian Linux. This name ubuntu is taken from the Nguni Bantu language and the meaning of the word is “I am what I am because of who we all are.” The words bring people together to work in the community for the betterment of the server.  Ubuntu is easy to use as well as boasts a robust application. It gets frequently updated as well as designed to be intuitive.  Also, users can customize the graphical interface, internet security, web server packages, and many more.

Centos are also a Linux distribution system and it is based on red hat enterprise Linux or RHEL. The name is an acronym of community enterprise operating systems. For a long time, red hat Linux has remained stable as well as a highly reliable distribution system of Linux. Centos are mostly used in high-end corporate IT apps.  It continues to offer a stable as well as a tested operating system.

Features of Centos vs Ubuntu:

One thing common in centos vs ubuntu is that they are free and can be downloaded as well as installed on your cheap dedicated server.

Also, they can be downloaded to a USB drive which then can be booted to make permanent changes to an operating system.  After you boot a drive, the testing runs, and finally, centos or Ubuntu will be installed.

Centos has red hat enterprise-based Linux architecture whereas Ubuntu is based on Debian. It is always important to consider a software package management system when choosing a Linux distribution system. Both ubuntu and centos offer a package manager to sort out dependencies, track updates as well as perform the installation.

Another difference is that packages are available for both of these systems. While few packages may not be available on ubuntu, however, they can be available on centos.  Therefore, work with your developer and know their preferences, and then choose either .deb or .rpm packages.

Another thing to note is the structure of software packages. For example- while installing Apache which is a leading web server package, this service will function quite differently in ubuntu than in centos.  In ubuntu, it is labeled as apache2 while in centos it is labeled as HTTPD.

Another argument is that various graphical server tools such as cPanel are written exclusively for red hat-based systems. Although similar tools are offered in ubuntu still most widely used tools are available only in the centos.

If we compare both centos vs Ubuntu:

Ubuntu offers frequent updates. Its new version is released every six months. Also, ubuntu offers a long-term support version which supports for 5 years. A new version allows customers to select whether they want a new version or keep the old version. Also, new software is included with the very release of the newer version in ubuntu.

Whereas centos do not offer frequently because the developer team of centos is small. Each component is tested before the release of updates. The versions released are supported for 10 years and include compatibility as well as security updates. One drawback of centos infrequent version updates is that you won’t get access to third-party software updates. You have to update the third-party applications manually.

If we talk about stability then centos are stable as well as reliable as core OS is small and light-weighted. Therefore it offers high speed, as well as decreases the size of the operating system on the hard disk.

Support as well as troubleshooting

Ubuntu offers paid support options and there are lots of expert users in the form of ubuntu. Also, it is very easy to sort out any issues or errors with the help of experts.

Centos support system is managed by third-party providers. It gives excellent documentation, developer blog as well as plus a forum that helps users to sort out problems. Also, the redhead users’ community can help manage problems.

Since ubuntu, as well as centos, are free, therefore your choice among the two will depend on the needs as well as usage of the server. If you are a newbie admin of a server then you can choose ubuntu. However, if you are an experienced server admin then centos will be more appealing for you.

Centos are preferred by large corporations and target server markets whereas ubuntu targets desktop users. Centos is quite complex to use and requires expertise whereas ubuntu is user-friendly and easy to use. If you like employing new software or technology the ubuntu is best, as it releases new versions and new software packages. Or if you hate updates frequently then centos is best. Both centos vs ubuntu are great for users when compared to instability, security, and functionality. However, you should choose the one which fits your needs! 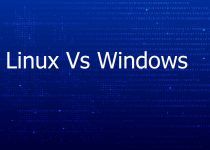