What exactly is Kali Linux?

So, before we learn: How to install Kali Linux? we first need to understand that what exactly is Kali Linux.

Kali Linux is the primary distribution of Linux for penetration, ethics, and security testing for the sector. One of the first things to talk about is Kali Linux whenever it refers to penetration testing, hacking, and offensive Linux variants. The software includes a range of command prompt encryption software designed for specific safety tasks.

For example penetration, cybersecurity, digital forensics, and data protection of software. In general, Kali Linux seems to be the perfect operating system for cybersecurity professionals and is known worldwide, even amongst computer users who don’t quite understand what Linux is.

Kali Linux is used primarily to analyze for advanced penetration and cybersecurity. Kali offers hundreds of tools aimed at multiple tasks related to the security of information, such as penetration testing, safety investigation, forensics computing, and prototyping.

For the reasons mentioned, Kali Linux is the most widely used operating system to carry out several sensitive data tasks:

Steps: How to Install Kali Linux?

There are other multiple options to install Kali Linux. We’ll see how to install Kali Linux using virtualization software using the following steps given below. One can easily set up the machine with the tools and techniques by just performing comprehensive penetration tests.

Requirements for Installation of Kali Linux.

Steps for installation of Kali Linux

Go to the official website of Kali Linux and look for the best version which will suit your system. On the website, you will also find a couple of hexadecimal numbers whose primary purpose is for security-related tasks. When you download the image, check its integrity. Also, check the SHA-256 fingerprint of the file and compare it with the one on the download site.

Step 1: When the system is turned on, the GRUB menu will offer you to choose your chosen installation mode. Continue by selecting graphical installation.

Step 2: The first several windows may offer users to choose their preferred language, country location, and keyboard layout, among other things.

Step 3: After completing the specific information, the launcher will install certain extra components and set up your network configuration. For this setup, the software will ask for a hostname and domain. Then, continue to install while providing relevant information about the environment.

Step 4: Proceed after creating a password for your Kali Linux system. THIS PASSWORD MUST NOT BE FORGOTTEN.

Step 5: After you’ve set the password, the installation will ask you to specify the standard time before pausing at the disc partitioning step. The software will now give you four partitioning options for the drive. Using ‘Guided – Use Entire Disk’ is the simplest option for you. For more detailed setup choices, skilled users can utilize the “Manual” partitioning technique.

Step 6: Select the partition disc (for new users, it is suggested that all files be placed on one partition) and then click Continue.

Step 7: Ensure that any modifications to the disc on the host operating system are correct. Keep in mind that continuing will ERASE DATA FROM THE DISK. When you validate the partitioning modifications, the software will begin the installation procedure. Allow it to install the program on its own; this might also take some time.

Step 8: When you download the appropriate file, the program will notify you whether you want a network mirror to get future updates and software. Please ensure you run Kali repositories to access this capability. Then let the package manager configure the associated folders.

Step 9: After that, the GRUB boot loader will be downloaded. Choose ‘Yes’ and choose the source to write the data needed to start a Kali boot on the hard disc.

Step 10: After downloading GRUB on the disc, the installer clicks on it to conclude installation, and perhaps some last stage documents are installed. At that same moment, Kali would also have been installed successfully, and your path to Kali Linux would also have started!

Kali Linux is by far the most widely used operating system utilized by Cybersecurity professionals across the globe for the mentioned reasons above. Therefore, understanding how to install Kali Linux is the first step in getting into the field of cybersecurity and computer forensics. 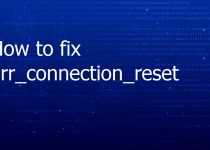